The Rhodesian Ridgeback gets its name from its characteristic feature which consists of a stripe on the back where the hair grows in the opposite direction to the rest of the coat. The breed standard is quite specific about the shape of the ridge.

The ridge starts directly behind the shoulder and should extend to the hip bones. It should be clearly defined and symmetrical in shape, tapering towards the hips.

Less or more than two crowns, incorrect crown placement or too short a ridge are grounds for disqualification from show. Dogs without a ridge are regularly born, these and the aforementioned dogs may not be used for breeding. Of course, these are just cosmetic mistakes.

The ridge comes from one of the dogs that were crossed to create the Rhodesian Ridgeback and was described as the breed characteristic when the breed standard was established in 1922. The ridge had no further function. 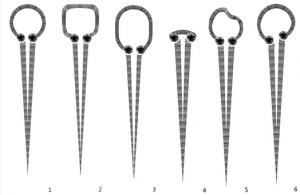 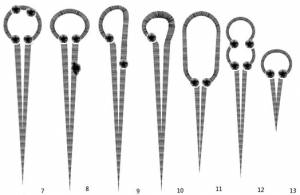 The coat color varies from light to red wheaten, white patches on the chest and feet are allowed. Excessive white on the chest, abdomen or above the feet is undesirable.

The Rhodesian Ridgeback has a variation in the color of the nose, which is black or brown/liver-colored (livernose). The pigment in the noses of livernoses can vary widely in intensity, from light, almost pink, to chocolate color. There are fewer Ridgebacks with a liver nose than with a black nose. This is purely because the gene for the livernose is recessive, both parents must pass on the gene for livernose to be in the nest. Black Ridgebacks can also have livernose puppies, but both parents must carry the correct gene.

The mask of Rhodesian Ridgebacks varies: from virtually no mask to black hairs on the nose and around the eyes. Both are allowed, but the black hair should not extend beyond the eyes like a full mask. In dogs with dark masks, there may be some black hairs on the rest of the body. However, once this becomes excessive, it is highly undesirable.

Sometimes Ridgebacks are born with a different coat color. Responsible breeders will never knowingly breed for such mistakes, but occasionally such puppies are born anyway.